Last Sunday I completed my first 70.3 of the year at Ironman 70.3 CT. This was the first year Ironman took over the race from Rev3 and reviews were mixed. I agree with the critique that it was a lot of people for the venue. The road conditions were not great, which is not ideal for a congested course with some very technical descents. That being said, none of that had any real impact on my performance so I’m not here to complain. 🙂

Truthfully, I’m a big fan of race reports, probably because Monday night quarterbacking is one of my favorite pasttimes. But life is pretty freaking busy right now so I don’t have time to write the full, stage by stage breakdown of this most recent race.

I know, I know. the three people reading this (Hi, Mom!) must just be devastated! 😉

The summary is: I had a decent day, especially for a season opener and not my “A-Race” for the season. I went into the day with a nagging achilles injury and knowing I hadn’t put a ton of time on the bike yet. I had limited expectations for myself other than to see what I could do…which is actually a very freeing way to go into any race!

That being said, on IRACELIKEAGIRL, we have this tradition of writing down our reflections in the format outlined in Craig Manning’s The Fearless Mind. He says to write (everyday actually) 3 things you did well and 3 things to work on.  I think that is still a cool approach so here’s my 3:3 from 70.3 CT.

Here are three things I did well on race day:
Here are three things I need to do better for next time:
I think that about summarizes it! All things considered… not a terrible race day. I would have liked to have been a little bit faster given the short course but I think was my pretty close best effort given where I’m at health/fitness wise. All in all a fun day and a good fitness builder for what’s next! Onwards! 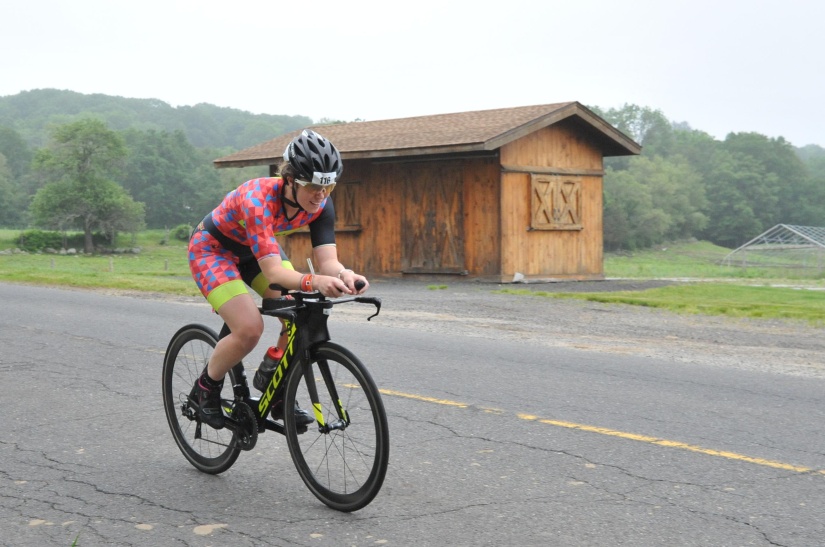